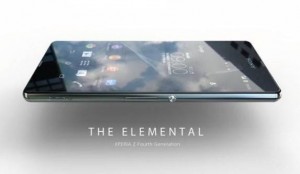 It’s no secret that Apple sets the trends in the mobile market. Another proof was received from the sources that are referenced by GSMArena. According to the paper, the Smartphone manufacturer Sony intends to release a new flagship in two versions.

Apple in September presented a couple of iPhones with different diagonal and a resolution of screens. The Japanese will be consistent with the American Corporation: the next flagship Android Smartphone from Sony will be released in two versions. The first phone will display with a resolution of 1920 × 1080 pixels, while the second is a screen with a 2560 × 1440 pixels. QHD is modification of Xperia Z4 is available only to residents of the United States.

Stated that Sony continues to improve the waterproof performance of their mobile devices and Xperia Z4 will lose a hinged cover, covering the USB connector. The model appears in the glossy metallic coating, and the gamut of colors shell will join the blue version.

As for the hardware side of the product, it is built around a single system 810, Qualcomm Snapdragon processor with 4 GB of RAM and a 32 GB Flash memory. From other things: 5.2-inch display, a front facing camera with high resolution and LTE modem Category 6.

Sony is expected to announce Xperia Z4 exhibition MWC 2015 in the first month of spring.