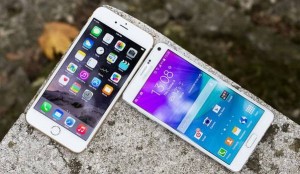 Samsung has reduced the operating profit last year for the first time with the 2011 year, although results for the fourth quarter were better than analysts ‘ expectations. According to preliminary estimates, the company’s operating profit in the year 2014 will total approximately $ 22.6 billion. This is on 32% less than the year 2013.

Samsung fixes the reduction of profit according to the results of the fifth quarter in a row. This is due to the weakening of the company’s Smartphone sales amid increased competition from Apple in the upper price range, as well as Chinese competitors producing cheaper models with virtually the same set of features as the Samsung, in the lower price range.

In the fourth quarter of 2014, the company managed to get $ 4.7 billion profit, which is 37% less than the year before. The actual figure turned out to be higher than the forecast of analysts, who attributed this steady demand for memory chips is another important article income electronic giant.

In General, observers are of the view that the deterioration of the situation on the Smartphone market, where for the past two years, Samsung has been two-thirds of its profit, offset by successes on the market the producer of semi-conductor products. This helped to recover from the third quarter — the worst over the past three years.

It was reported earlier that weak sales of flagship Smartphone Galaxy S 5 led to a series of layoffs and reduced salaries of top managers of Samsung. The case came before the company closed its flagship store in the UK. The biggest market share of Samsung smartphones in China fell almost doubled in just one year, while the main competitor, Apple shares reached a record value.