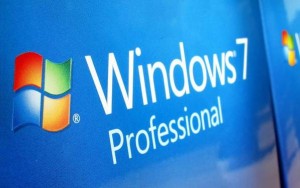 January 13 deadline for substantive support to the Windows 7 operating system, shows a message on the official website of Microsoft. From that day the company goes to the extended support phase: users will be able to receive only critical patches and security updates.

Microsoft has decided to “potrollit′” users nearing the main support for certain key products, including all versions of Windows 7. Mainstream support period is usually 5 years, during which the company provides free patches and fixes, both in terms of security and functionality. On completion of this period, Microsoft provides enhanced support for another 5 years, during which security fixes are also free of charge, and all other patches require special (fee-paying) licenses. After the end of the extended support period, Microsoft does not provide any updates, neither paid nor free nor for security or functionality.

13 January between mainstream support ends for all versions of Windows 7 (Enterprise, Home Basic, Home Premium, Ultimate, and Starter) and corresponding versions with Service Pack 1. During the extended support of Windows 7 will expire on January 14, 2020 year.

Some experts believe that Microsoft may shift the date for the end of support for Windows 7, given its popularity, but so far there have been no official statements from Microsoft on this.